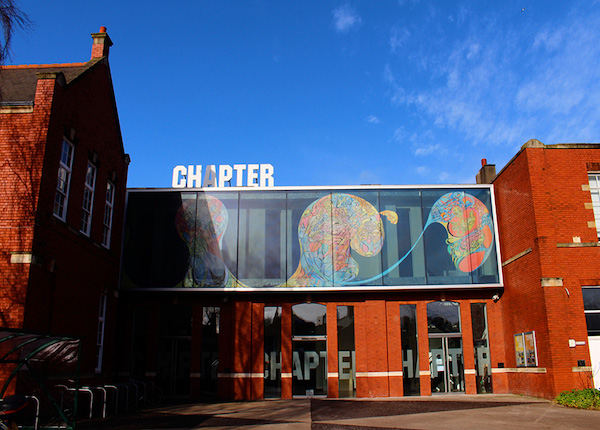 Unleash your adventurous side… from the comfort of a cinema seat!

Every year, Kendal, on the edge of the Lake District, hosts one of the world’s biggest Mountain Film Festivals, attracting film premieres from around the world.

This special event features a selection of the very best adventure films from the 2021 Festival. Stories of talent, endurance and excitement that will take your breath away. Surf, ski, climb, base-jump, run and mountain bike into the wildest reaches of your imagination!

More details about the programme will be added nearer the time of the event.

The evening and films will be introduced on-screen by the Kendal Mountain Presenting Team and these are the films on show...
The ProcessDirector: Matt PycroftTom Randall is a world class crack climber. He is also a terrible runner, which is why his latest challenge seems like an odd choice. He decided to link up two of the Lake District's biggest and toughest endurance challenges, the Bob Graham Round and The Classic Rock challenge into one hellish 24 hour mad dash. A funny, honest, genuine and heartfelt story.UK, 10’Ebb and FlowDirector: Alice WardA female led production featuring the surf community on the west coast of Ireland and shining a spotlight on its creative community. Enjoy the mystical relationship these women have with the power and magnitude of the Atlantic Oceanâs surf.Ireland, 12’ASCEND: Reframing Disability in the OutdoorsDirector: Faith E. BriggsVasu is not seeking to inspire you to feel good. His trauma doesnât exist solely to benefit the education of others. He is seeking to inspire you to move mountains. To take action. Skiing is the method, but the real mountains are the âismsâ that fail to support Disabled communities, communities of color and so many others for whom access has not been a right. Through his personal journey and the attempt of a new objective, the famed line âThe Skillet" on Mt. Moran, and through over 40,000 âdips to Nirvana,â we hear his truth and begin to comprehend what it might look like to be in solidarity.United States, 10’If you Give a Beach a BottleDirector: Max RomeyInspired by a picture book, Max Romey heads to a remote beach on Alaska's coastline in search of marine debris. What he finds is a different story altogether.United States, 05’Dream MountainDirector: InlightWorksInternational mountain guide Pasang reflects on her personal highs and lows and rediscovers for herself just how much the mountains have meant to her.United States, 18’SpellboundDirector: Richard SideyWingsuit BASE jumping is often presented as a thrill-seeking adrenaline rush. Spellbound takes us deeper into the more contemplative aspects of jumping, as David Walden and friends venture into the mountains around his home in New Zealand.New Zealand, 05’MATTERHORN - The Lion RidgeDirector: Alessandro Beltrame, Hervé BarmasseA breathtaking journey to the summit of one of the world's most iconic mountains.Italy, 34'StormskaterDirector: Guen MurroniMeet Stormskater, a London based roller-skater who started skating by picking up tips and techniques from other skaters in different spots in the city. She gives us insight into the increasingly popular sport, its community, appropriation, ownership, authenticity and the fundamental need for space.UK, 06’The FarmerDirector: Michael James BrownAn unusual and beautiful short film following 'The Farmer' who spends his winters harvesting one of the most precious crops on earth: Powder.USA, 4’