Silvia Vasquez-Lavado - In The Shadow of the Mountain 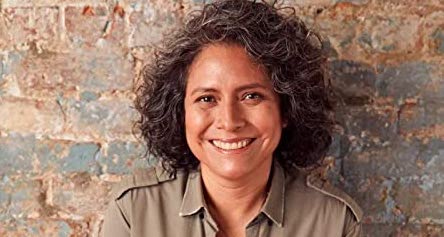 Silvia Vasquez-Lavado is a global explorer and social justice leader and we're delighted to welcome her to the stage at Kendal Mountain Festival.

Silvia Vasquez-Lavado, a former executive at eBay and Paypal, will explain how she went from shunning nature walks to climbing the world’s Seven Summits.

She joins us with her remarkable story of heroism, one which awakens in all of us a lust for adventure, gratitude for the strong women in our lives, and faith in our own resilience.

Silvia's story is set to be released as a movie this year, directed by Elgin James and featuring Selena Gomez.

Silvia's memoir - The Shadow of the Mountain will be available to purchase at the Festival book store over the Festival weekend.

‘Silvia Vasquez-Lavado is a warrior. I’m in awe of her strength and courage.’ – Selena Gomez

Born and raised in Lima, Peru as a child she endured a period of sexual violence that would haunt her for much of her adult life. Nearly 30 years later, while attending a meditation retreat in Peru, she had a vision of reconnecting to her inner child and the two of them walking in a valley surrounded by mountains. This propelled her to journey through the Himalayas and reach the base of Mount Everest. It was a revelation – “The shadow of the mountain was the only thing big enough to swallow my shadow.” Silvia developed a sense of resilience, strength, compassion – and finally rediscovered her courage.

“She began to feel healed. And she kept climbing.”

Another epiphany came in 2013, when, after losing her mother to cancer and undergoing a divorce, she summited Aconcagua and realized that she had to help others. “I had this voice again that said, ‘You have to continue." So she founded Courageous Girls, a non-profit group dedicated to helping victims of sexual violence find their own sense of peace and closure through trekking. She decided to turn survivors into empowered people by helping them find that inner strength within themselves, knowing from her own experience how difficult that can be when wrestling with shame.

In 2016, she climbed Everest, and two years later completed all the Seven Summits, becoming the first openly gay woman to do so. Being sandwiched between the Himalayas on either side felt like being held by the mountains. Nothing ever made her feel so safe and so terrified at the same time. The experience was one of sublime vulnerability and mutual compassion between her and the mountains.

Now, Silvia is a humanitarian and compassionate social entrepreneur driven to rouse vulnerable populations by providing alternative solutions and methods for empowerment, education and advancement.