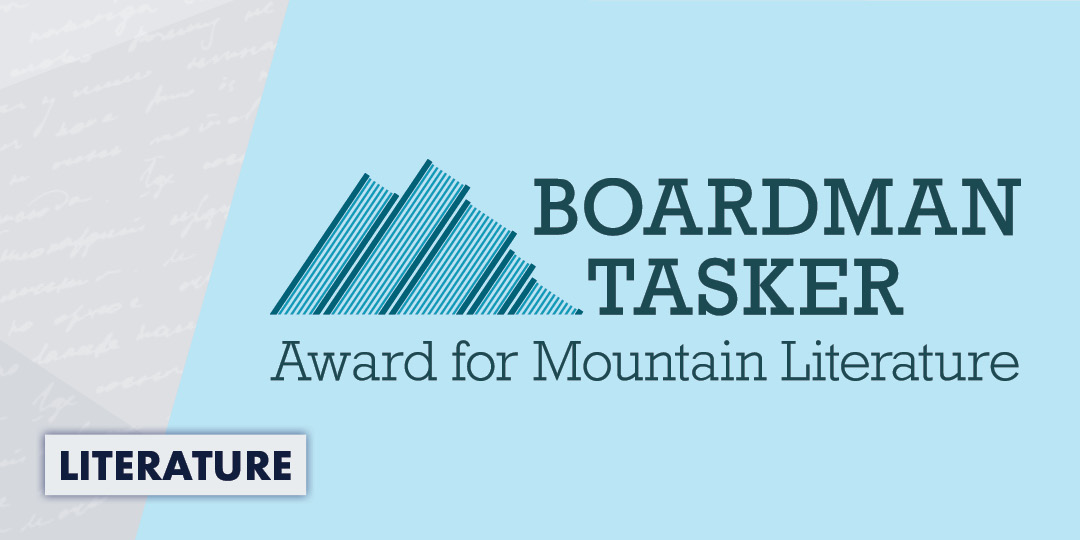 *PLEASE NOTE: THIS IS AN ONLINE EVENT ONLY**INDIVIDUAL TICKETS ARE VALID FOR THE LIVE STREAM EVENT AND CATCH UP UNTIL THE 28TH NOVEMBER*

Established in 1983 to commemorate the lives of Peter Boardman and Joe Tasker, the Boardman Tasker Charitable Trust celebrates their legacy by presenting the annual Award for Mountain Literature, presented to the author of an original work, which has made an outstanding contribution to mountain literature.

Hosted by Stephen Venables with readings from the authors, and the announcement of the winner by the Chair of Judges.

On 17 May 1982 Peter Boardman and Joe Tasker were last seen on Mount Everest attempting to traverse The Pinnacles on the unclimbed North East Ridge at around 8250 metres. Their deaths marked the end of their contribution to a remarkable era in British mountaineering. The Boardman Tasker Award highlights the memory of Pete and Joe, but it also seeks to do more than just that. The Award recognises and rewards outstanding literature concerned with the mountain environment: books which will in turn challenge and inspire their readers, perhaps to climb or explore the world of mountains, perhaps to write or perhaps to look at the world in a different way. Perpetuating and refreshing the challenge and inspiration of mountains through literature is one way in which we seek to remember them. The winner of the Boardman Tasker Award is a book that Pete and Joe would be proud of being associated with. The judges for 2021 Award are David Canning (Chair) Natalie Berry and Marni Jackson.

The Boardman Tasker Award for Mountain Literature continues to attract a substantial level of entries.  This year there were 41 entries, from Great Britain, Canada, Ireland, France, Norway and the USA.

*The Award will be made at the Boardman Tasker Shortlisted Authors and Awards event at the Kendal Mountain Festival On-Line, at 7 to 9pm (UK time) on Saturday 20th November 2021.*

The Boardman Tasker Award for Mountain Literature is proudly supported by Mountain Equipment.