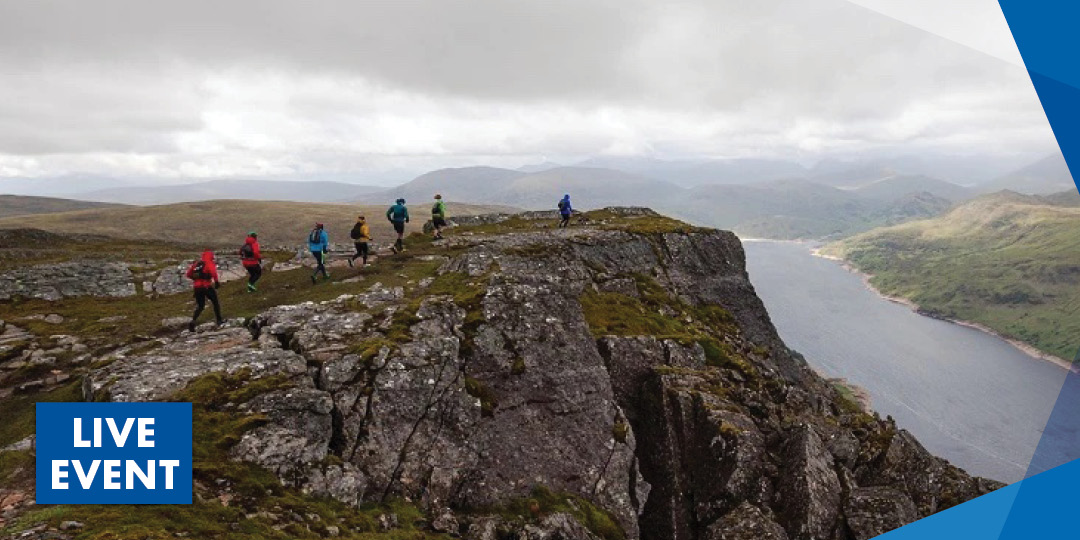 Join us for a fantastic afternoon as we share our passion for the simplest sport in the world; running.

This year, with the Festival’s theme being ‘movement’, we plan to open out the Merrell Running Session to celebrate runners from all walks of life. From park-runners to fell running legends, we want to share stories of what running means to many different people. While records are there to be broken, most runners will never win a race or break a record, so we want to include their stories on stage.

At the helm will be TV presenter and ultra runner Lowri Morgan, together with Black Trail Runners founder member Martin ‘MJ’ Johnson.

MJ kicks off proceedings with an account of his setting a new Fastest Known Time (FKT) for the Thames Path earlier this year. Setting off from the Thames barrier in Woolwich at 9 am on 25th May he followed the river to its source, arriving in Kemble, Gloucestershire in a time of 38hrs 35min 46sec, breaking the existing record by over two hours.

Joss Naylor’s tough 105-mile Lakes, Meres & Waters challenge was completed earlier this year by incredible local runner Mhairi Helme. Mhairi will be on stage to present a new film about the experience by Hannah Maia, woven around a poem Mhairi composed and we’re delighted to say that joining us will also be the legend that is Joss Naylor!

We’ll have a video-link interview with the inspirational Mirna Valerio from Vermont in the USA. Originally from New York City, Mirna is a Spanish teacher, diversity practitioner, cross-country coach, ultrarunner and blogger, who discovered a love for the outdoors and writes about all things running and living life to its fullest while being ‘a larger gal’.

Youngsters Rowan Ashworth, Freddie Dixon, and Charlie Allmond from Ambleside AC juniors join us on stage to show their short film about the Abraham’s Tea Round starting and finishing in Keswick, getting round in a super impressive 8hrs 7mins.

The Ramsay Round is one of the ‘big three rounds’, a circuit of 58 miles taking in 24 summits with a total climb of 28,500 feet. First completed by Charlie Ramsay in 1978, it’s well known as a tough test of any runner’s abilities. Less well known is that it’s the only British mountain round to be founded by a Black runner. Earlier this year, Charlie’s achievement inspired six members of Black Trail Runners (BTR) to attempt the round, including co-founder Sabrina Pace-Humphries. Sabrina will join us on stage to talk about inclusivity, and BTR's experiences on the hills and on the Round!

Each week, millions of people around the world take part in parkrun, the free 5k runs held in city parks, seaside proms, and country areas. South Lakes runner Eileen Jones has written a new book, ‘How Parkrun Changed Our Lives’, which finds the individual stories behind what has been hailed as the most significant public health initiative of our time. A female bishop whose home parkrun is at an abbey; a couple who got married halfway round a parkrun; a man who runs it backwards; plus many old and very young runners. Eileen joins us to talk about those whose lives have been changed by parkrun, and why running is so beneficial for health and wellbeing.

This session is presented by Merrell and supported by Harvey Maps.

Doors will open 30 minutes prior to the session start time, with a bar available for purchasing drinks. This session will run for two hours.

Technical note - if the seating plan doesn't initially appear please keep refreshing your browser until it becomes available. We apologise for any inconvenience caused.

*Please note that Charlie Ramsay was scheduled to be with us on stage, but is no longer able to join us.