Tharik Hussain - Minarets In The Mountains 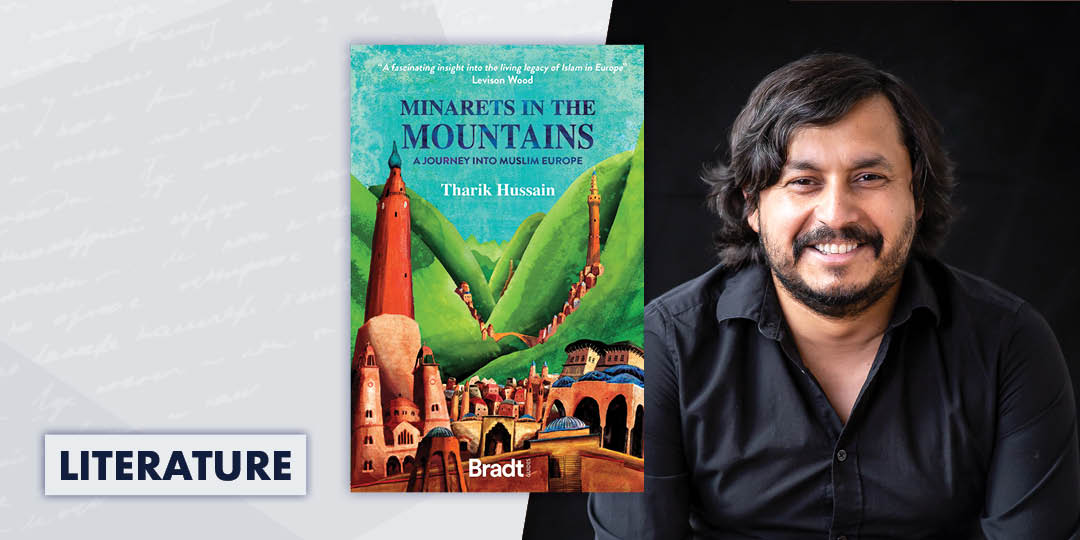 Minarets In The Mountains has been longlisted for the prestigious Baillie Gifford Prize for Non-Fiction.

Tharik Hussain joins us on stage with a magical, eye-opening account of a journey into a Europe that rarely makes the news and is in danger of being erased altogether. Another Europe. A Europe few people believe exists and many wish didn’t. Muslim Europe.

Londoner Tharik Hussain sets off with his wife and young daughters around the Western Balkans, home to the largest indigenous Muslim population in Europe, and explores the regions of Eastern Europe where Islam has shaped places and people for more than half a millennium. Encountering blonde-haired, blue-eyed Muslims, visiting mystical Islamic lodges clinging to the side of mountains, and praying in mosques older than the Sistine Chapel, he paints a picture of a hidden Muslim Europe, a vibrant place with a breathtaking history, spellbinding culture and unique identity.

Minarets in The Mountains, the first English travel narrative by a Muslim writer on this subject, also explores the historical roots of European Islamophobia. Tharik and his family learn lessons about themselves and their own identity as Britons, Europeans and Muslims.

Tharik Hussain is an author, travel writer and journalist who specialises on Muslim heritage and culture, especially across the western hemisphere.  He is the creator of Britain’s first Muslim heritage trails and has produced award-winning radio for the BBC on America’s earliest mosques and Muslim communities. Tharik has written about his travels exploring Muslim culture and heritage across the globe for many of the world’s leading media brands and is the author of several travel guides for Lonely Planet, including Saudi Arabia (shortlisted for a Travel Media Award), Bahrain and Thailand. He has been named one of the UK’s most inspiring British Bangladeshis and is a Fellow at the University of Groningen’s Centre for Religion and Heritage.