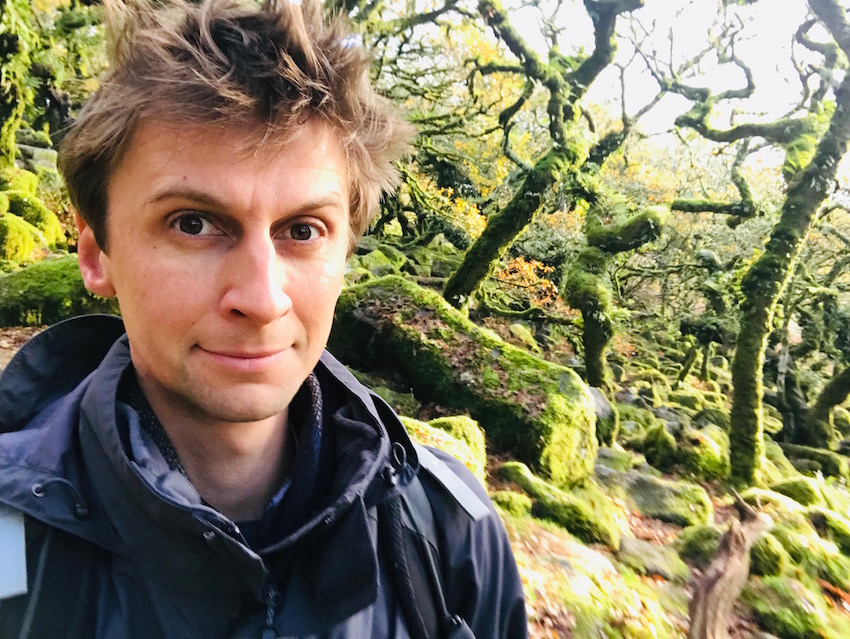 We're joined by Sunday Times-bestselling author Guy Shrubsole for a mesmerising chronicle of our forgotten rainforests - and an inspiring intervention to help restore them to the places they once were.

After moving from London to Devon last year, Guy Shrubsole discovered an extraordinary habitat that he had never come across before: temperate rainforest.

Guy discovered over the coming months that Britain was once a rainforest nation. This is the story of a unique habitat that has become so denuded and fragmented, most people today don’t realise it exists. Guy shares his knowledge - from the Atlantic oakwoods of the Western Highlands, down through the Lake District, parts of the Peak District, Wales and into Devon and Cornwall to trace our unacknowledged, unmapped and undervalued rainforests, and shows how they might be restored to the places they once were.

Guy Shrubsole said: "From the gnarled, moss-clad oaks of Wistman’s Wood on Dartmoor to the forgotten rainforest gorges of north Wales, I’ve fallen in love with this magical habitat. Once upon a time, it may have covered a fifth of Britain. Rainforests permeate our culture in forgotten ways: my book will feature trespassing botanists, Welsh wizards, lichen geeks, Sherlock Holmes, Romantic poets, Celtic druids, rewilding commons and much else besides. I hope it will inspire readers into joining a new movement to bring back Britain’s rainforests."

Guy will be in conversation with Lee Schofield.

The Lost Rainforests of Britain will be available to purchase at the Festival book store over the Festival weekend.