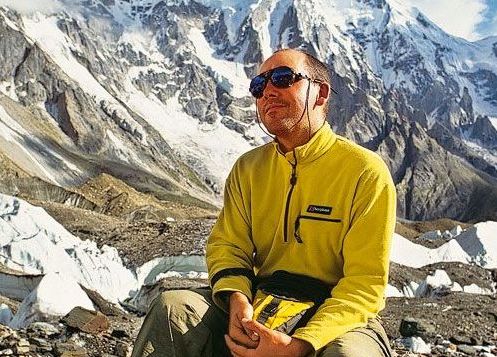 A chance to uncover the epic story of the first attempt on the world's highest mountain.

Mick Conefrey goes back to the world before all the queues and commercial operators to tell the tale of the first attempt to climb Everest. It’s a story full of drama and incident, populated by an extraordinary set of characters who are both fascinating in their own right and archetypes for future expeditions. Using their diaries, letters, published and unpublished accounts Mick Conefrey explores the motivations, narrative and dramas of key individuals.

Mick Conefrey is an award-winning author & film-maker specialising in mountaineering and exploration. For thirty years he's made documentaries for the BBC and all the major British and US channels. He's been everywhere from the Arctic to the Himalayas to Angkor Wat.

'The 1922 expedition was perhaps the most exciting of all Everest ventures. One hundred years ago virtually nothing was known about the effects of extreme altitude and those brave pioneers were making it up as they went along. Mick Conefrey re-illuminates one of the greatest mountain adventures of all time.'– Stephen Venables