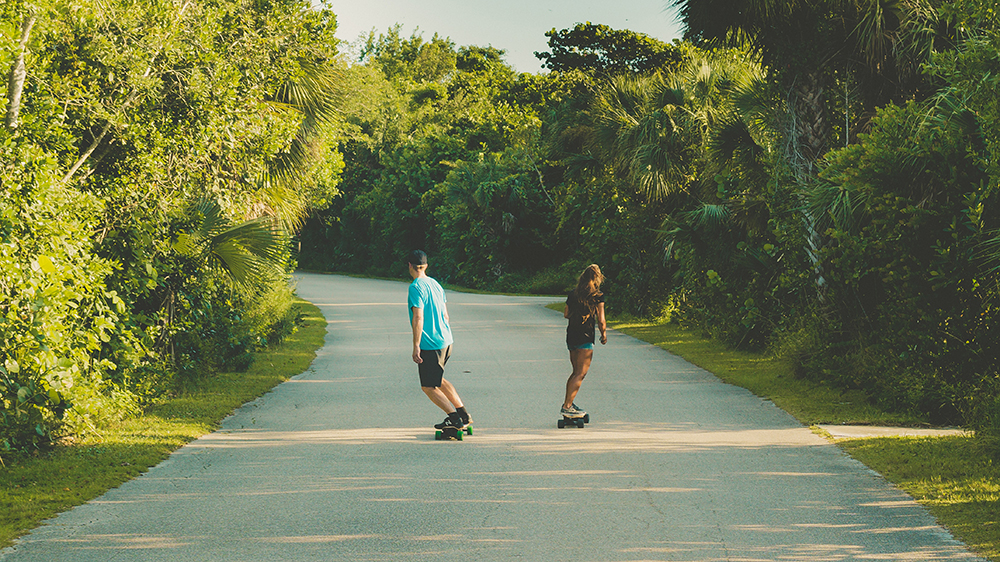 A collection to celebrate all things board-related. Whether you ride surf, slope or concrete, join us for stories that slide sideways. We meet some of the diverse and divergent scenes across the world; people who are riding into the future and rising up against all odds.

Creation Theory - What is the source of creation? Whether it’s the grandest cosmos or the smallest human idea, true creation arrives in moments of unexpected convergence - extraordinary synchronicities between space and time, science and art, music and mountains and sea. In Creation Theory, these raw elements converge in the Westfjords of Iceland, taking us on a journey from the interstellar birth of gravity and rhythm, to their ultimate human creative expression: surfer on wave, snowboarder on peak, and musician on stage. Winner of the 2022 Banff Mountain Film Festival Creative Excellence Award.

Long Live Livi - Livingston skateboard park is world-legendary but forty years on it has fallen into disrepair. Can three ambitious young skate girls bring Livi back to life?

The Sea and Me - Atop - Charlotte Banfield is a world-class para surfer that until a few years ago was completely afraid of water. As a teenager, she said that even rain touching her skin gave her anxiety. She has autism, cerebral palsy, and bipolar disorder. This documentary explores what has drawn her to the ocean and how it has completely transformed her life. Made as part of a series produced for the Marine Conservation Society

Hunros Jorna - An experimental Cornish language film by Allan Wilson & Mickey Smith. Translated & voiced in Kernewek by Gwenno Saunders. Across two decades a clan of curious misfits illuminated the frost-bitten frontiers of North Atlantic salt. A pack of strays with a rare eye for heavy water, a halcyon era of exploration & camaraderie in the cold. From the supernatural alchemy of Kernow to the raw majesty of Eire, âHUNROS JORNAâ recalls a lifetime of human hearts bewitched by the endless sea.

ISMAEL - WITH THE WIND - Ismael, is a local kite surfer from Zanzibar who overcame a humble background to set up the first kitesurf school for locals.

A Land For Everyone - A Land For Everyone is a short film documenting the work of skateboard and adventure photographer Hannah Bailey, and skateboarder, Lyndsay McLaren. As women who grew up in rural Scotland, Hannah and Lyndsay's teenage selves never imagined a career in skateboarding would be possible, so this adventure is a nod to their childhoods and the journeys they have been on since. As we revisit and reclaim the highlands and lowlands of their youth, their goal is to spread the message that skateboarding is for everyone who wants it, proving that you don’t have to fit the stereotypical narrative for what a skater looks like or acts like, to embrace everything that skateboarding has to offer.