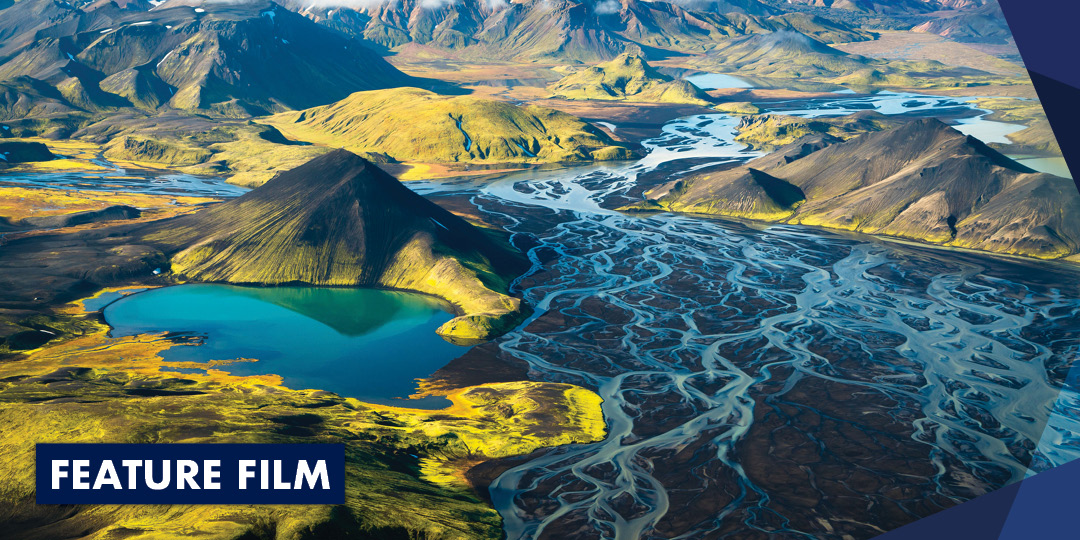 Director Jennifer Peedom follows her record-breaking documentary Mountain with River, again created in collaboration with the Australian Chamber Orchestra and narrated by Willem Dafoe who guides audiences on a journey across 39 countries.

The script for the film was written by renowned writer, environmentalist and Patron of our Literature Festival Robert Macfarlane and we're delighted to welcome Robert on stage to introduce the film.

Throughout history, rivers have shaped our landscapes and our journeys; flowed through our cultures and dreams. RIVER takes its audience on a journey through space and time; spanning six continents, and drawing on extraordinary contemporary cinematography, including satellite filming, the film shows rivers on scales and from perspectives never seen before. Its union of image, music and sparse, poetic script will create a film that is both dream-like and powerful, honouring the wildness of rivers but also recognises their vulnerability.

“A visually majestic, significantly airborne journey over a wide variety of rivers around the world.” - Deadline

The running time for this session is 90 minutes. Doors will be open 15 minutes prior to the start time.