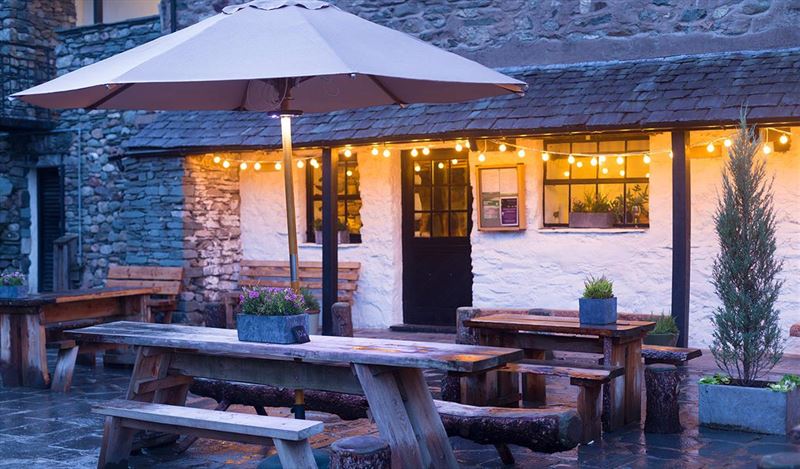 Join us on a wintery evening and enjoy a fantastic dinner and a selection of amazing films from Kendal Mountain Festival! The National Trust and Kendal Mountain Tour have joined forces to create a bespoke evening just for you.

The night will be hosted Kendal Mountain Presenter Emily Davis who will guide you through the films and give you personal insights into the explorers, adventurers and storytellers they feature.

This evening's films have been carefully chosen from the 2021 Kendal Mountain Festival, and are themed around running and hiking.

The Process
Tom Randall is a world-class crack climber. He is also a terrible runner, which is why his latest challenge seems like an odd choice. He decided to link up two of the Lake District's biggest and toughest endurance challenges, the Bob Graham Round and The Classic Rock challenge into one hellish 24-hour mad dash. A funny, honest, genuine and heartfelt story.
Director: Matt Pycroft
UK, 10'

Totally Alone
Totally Alone is a story of mental resilience that touches on the healing power of nature and solitude, coupled with our human need for connection in a time of separation and loss. It is an inspiring tale that will speak to anyone whose mental fitness has suffered during the pandemic.
Director: Rufus Exton & Steve Bliss
UK, 12'

The Longest Line
A 71km line across the Cairngorms, no trail, no roads, no power lines. The longest line is the furthest you can travel without crossing a manmade road or structure in the UK. People have tried and failed. Follow Jenny Graham and Calum Maclean on one of the few remaining pioneering expeditions in the UK.
Directors: Ellie Green, Matt Green
UK, 15'

Dawn Till Dusk
In September 2020, ultra-runner Matt Girvan attempted to run the 864 kilometre Scottish National Trail in a new record of 14 days. Dawn till Dusk is a raw, personal account of the highs and lows of an ambitious solo adventure through some of Scotland's wildest places.
Director: Matthew Girvan
UK, 20'

Dinner for this event will be provided by the amazing Sticklebarn Team, with the menu being announced closer to the date.